Everything was all wet in Bayshore Beautiful

Everything was all wet in Bayshore Beautiful

After Hurrican Irma, the Casperson Family needed a new place to live once the storm put a giant hole in their roof… destroying one of the rooms in their Bayshore Beautiful home. They were thankful to still have power… but part of their house was just about gone.
They had another challenge… they needed to decide where they would live. A lot of conversations with the family would follow. I first met Leona shortly after the storm, and soon after I had spoken to one son in California and exchanged emails with others in both Tampa and Texas
We talked about different options… would the family move to a low maintenance condo here in Tampa? Would they move closer to one of their other boys across the country?
We quickly got them an offer that was shared with many members of the family, they appreciated the professional and transparent nature of what we proposed as it allowed them to focus on what would be best for mom and dad. Eventually, the decision was made. Leona and Frances would move to Texas to be closer to their son Sean… their son Patrick would also help them pack and make the move from Florida.

Moving to Texas from Bayshore Beautiful.

Once that plan was in place, we answered some questions and finalized the agreements which allowed them an additional 30 days after closing to complete their cross-country move… no easy feat after living in the family home with 43 years of memories to pack for a trek to Texas. 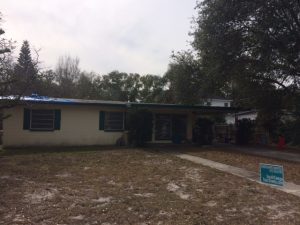 With the reality of hurricanes and storm damage in Florida, we are really proud to help families move with as little stress as possible when they decide to sell to one of our trusted builder partners at SouthTampaTeardowns.com
If you are planning to sell an older, smaller, long-time family home in Bayshore Beautiful or anywhere in South Tampa to a builder I can help you get a fair offer and provide a transparent and professional process that will allow you to feel good about the decisions that you make in regards to relatives moving across town, or across the country.

My name is Robert Wilson, and I’m the Director of Dirt with SouthTampaTeardowns.com and EXIT Bayshore Realty. We want to deliver more smiles and less stress when you sell your house to a builder. My number is 813-784-4199… if I’m busy helping another family with their property… please leave a message or request your offer online at SouthTampaTeardowns.com.

A proud member of the Tampa Bay Builders Association and the South Tampa Chamber of Commerce.