For Sale By Owner – Sold to a South Tampa Builder

We met Brent and Walt, father and son, after they posted a For Sale By Owner (FSBO) sign in the front yard of their South Tampa property in the Interbay Neighborhood near MacDill Air Force Base. Here is what they had to say about working with me and our builder partners.

It took some negotiating, but we settled on a fair price that allowed the son to purchase a new property after selling to a South Tampa builder. Are you hoping to sell an older, smaller home to a builder in South Tampa? We can help you make that transaction as easy as possible.

My name is Rob Wilson, I’m the Director of Dirt at EXIT Bayshore Realty… and I run the website SouthTampaTeardowns.com. 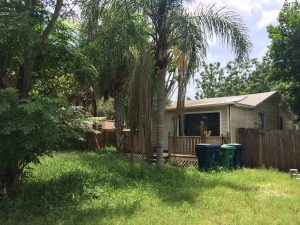 I help my builder clients buy and sell property… and they are happy to pay for all commissions or closing costs and keep the process simple for you and your family. You can call me today at 813-784-4199… if I am busy helping another family you can leave a message or request your offer online at SouthTampaTeardowns.com

With this sale, we have helped 78 families sell 105 lots to builders in South Tampa. Find out why we are the most popular way to sell to a builder in South Tampa. You can review more testimonials on our about us page or reach out to me with any questions.

A proud member of the South Tampa Chamber of Commerce and the Tampa Bay Builders Association.