Once upon a time… I was delivering pizza for Domino’s and struggling as an experienced agent trying to re-enter the real estate business after the crash.

Now, as we celebrate 100 lots sold to builders at SouthTampaTeardowns.com… we’re looking at some of our past deals and resulting development that we have participated in since 2014.

I noticed this property had a For Sale By Owner sign out front while making a pizza delivery and jotted down the number. After reaching out to the owner and having some initial conversations… I learned we had two obstacles… one was price, the other was zoning.

While the owners had 3 lots for sale… zoning changes since they had acquired the property had reduced that number to two. However, I jumped into doing to research and got a quick education on Tampa zoning regulations and made a good enough argument that a builder was willing to take the risk of funding the legal costs of the 4-6 month rezoning process.. all at no risk to the seller.

This commitment from the builder allowed us to negotiate a fair price and get to work on helping the owner and their family get the additional buildable lot that would make everything for both the buyer and seller.

The end result of our first attempt to do a rezoning in South Tampa… three lovely new homes which you’ll see in today’s video along with my Vintage Blue B-O-L-T-S Vinny Lecavalier jersey… to commemorate the 4th lot that I sold to a builder as part of this package.

I’ve helped over 70 families sell 100 lots and counting… and I would like to help you too. My name is Robert Wilson, I’m the Director of Dirt with EXIT Bayshore Realty and SouthTampaTeardowns.com… I can bring you a fair offer fast and help you with a number of challenges relating to selling lots to builders including rezoning.

Do you have vacant land that you are hoping to sell? Would You need a rezoning to maximize the value of your property in South Tampa?

Call today for your free, no-obligation offer 813-784-4199. When I bring you an offer… you won’t have to worry about paying for commissions, repairs, or closing costs. If you get a busy signal because I’m helping another family you can leave a message or request your offer online at SouthTampaTeardowns.com 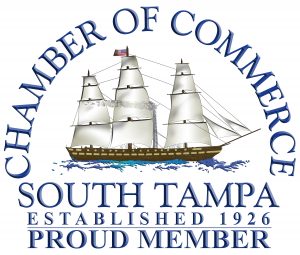